Clark Baim, PhD. is a psychotherapist (UKCP, BPA), clinical supervisor, group leader and organisational consultant with more than 25 years of experience working in the UK and internationally. He has had a primary focus on the DMM since 2000 and is on the faculty of the Family Relations Institute.

Clark is a registered psychotherapist and senior trainer with the British Psychodrama Association, Co-Director of Change Point Learning and Development, and Director of the Birmingham Institute for Psychodrama (UK). He has a particular focus on psychotherapy in forensic settings, including prisons, young offender institutions and forensic hospitals. In the 1990s, Clark worked as a group psychotherapist at HM Prison Grendon, near Aylesbury, Bucks. He served as a Lead National Trainer for the Probation Service’s sexual offending intervention programmes in the UK from 2000-2012. He currently serves as the Honorary President of the British Psychodrama Association and is a recipient of the BPA’s Lifetime Achievement Award (2018). He has had past honorary fellowships at the University of Birmingham, the University of Exeter, and is a current Honorary Associate of Berry Street, Melbourne, Australia.

A native of Chicago, Clark settled in Birmingham, UK in the 1980s. He has worked in 20 countries and has facilitated workshops and clinical and staff training sessions in more than 200 institutions and organisations. He has presented workshops and keynote addresses at more than 100 professional conferences. He has published widely on topics including attachment theory, psychotherapy, offender rehabilitation, co-working and therapeutic uses of theatre. Among these publications, he co-authored with Tony Morrison the best-selling book, Attachment-based Practice with Adults: Understanding Strategies and Promoting Positive Change (Pavilion Publishing, 2011). This is a user-friendly introductory text to the DMM, for practitioners.

Clark is a board member and founder member of the IASA – International Association for the Study of Attachment (www.iasa-dmm.org). His current work is focused on participation in research associated with the DMM, on DMM trainings – namely the Adult Attachment Interview and Attachment and Psychopathology (in Australia) – and on applications of the DMM to mental health treatment, child protection and offender rehabilitation. 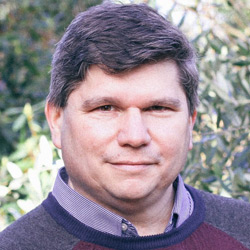